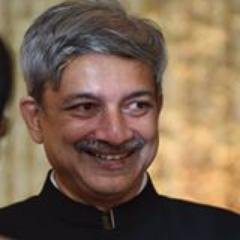 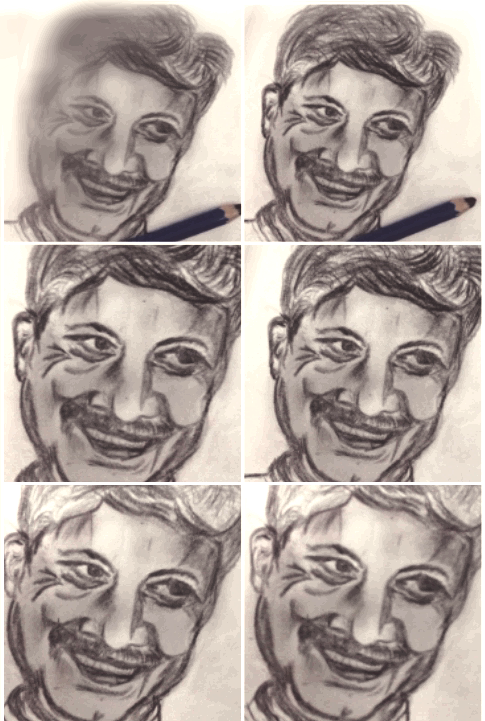 Today I am here with a Charismatic Personality whom the World see as a Celebrity and I see him as a Hero, A real Life Hero whom I met two years ago,and felt the Karmic Vibes visible on his face was magnetic and the energy and spirit to bring positive change in his “Dream India “was purely visible on his face and thoughts 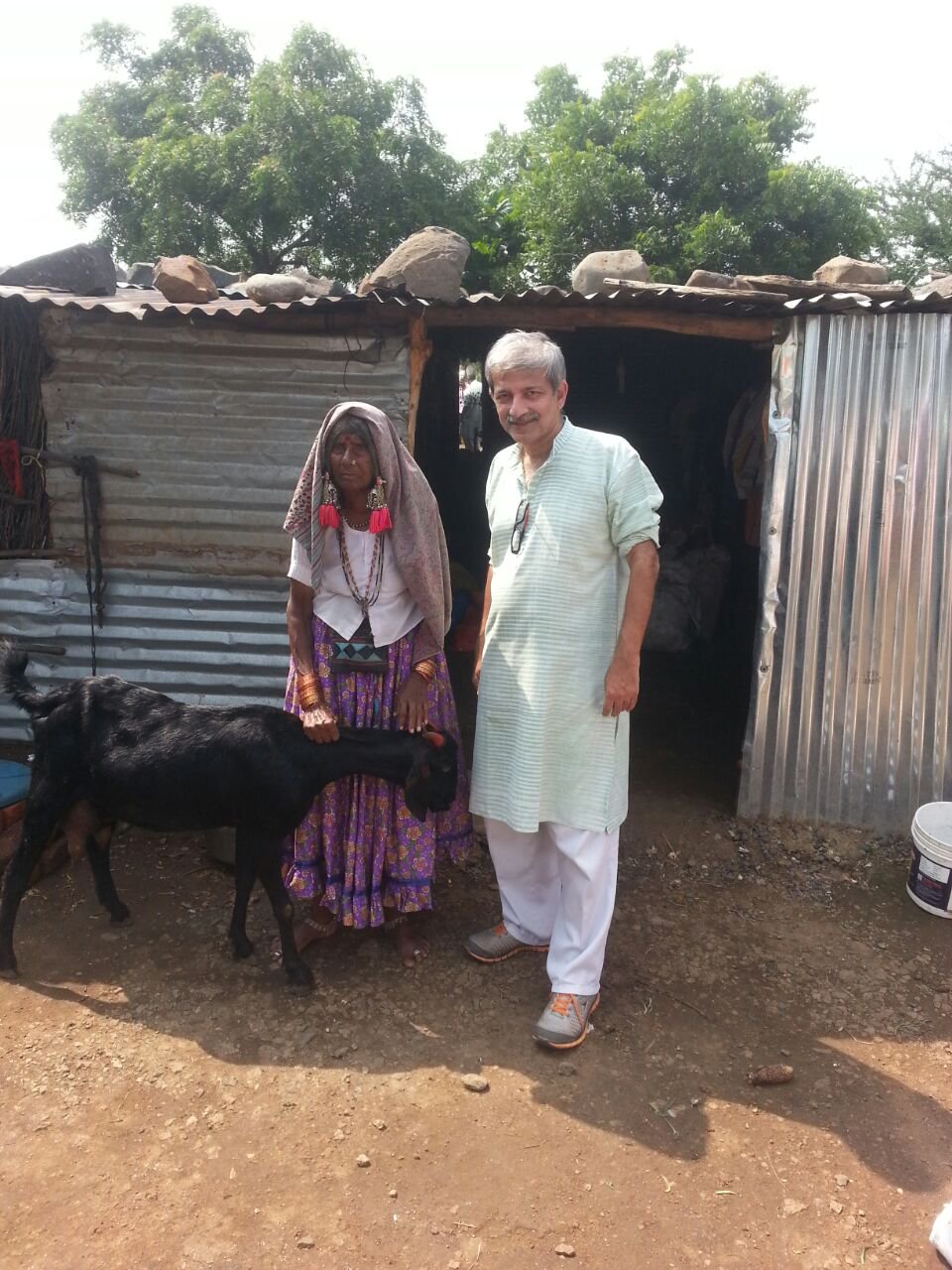 I am an admirer of him and am sure after knowing the facts about him from this interview you all will feel the same. 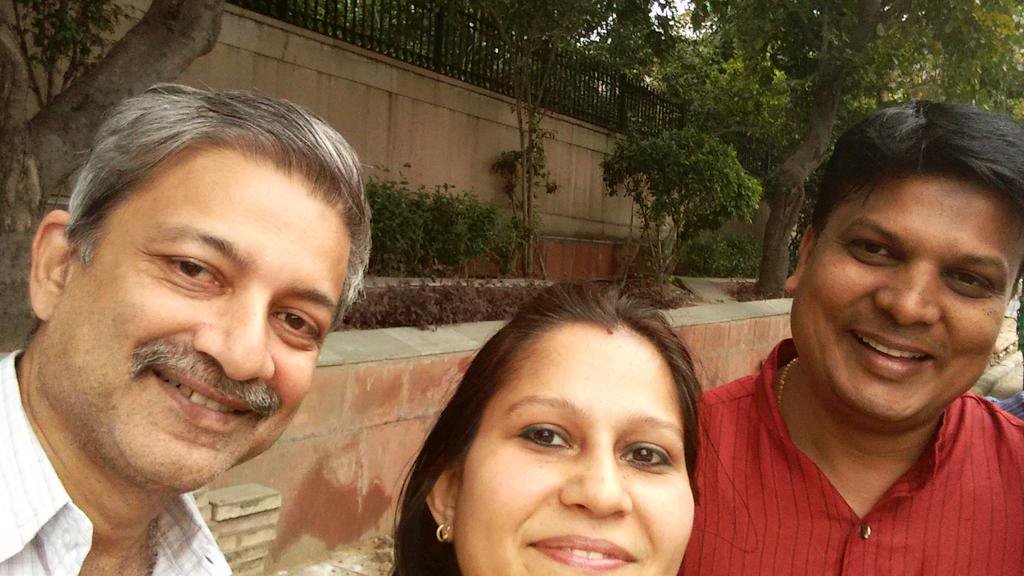 Mayank Gandhi is a man of various persona, he is a statesman, thinker, worker and a social activist. He is a quick decision maker and unlike other so called social activist, what he feels is what he says and is what he does. No difference between words and action. 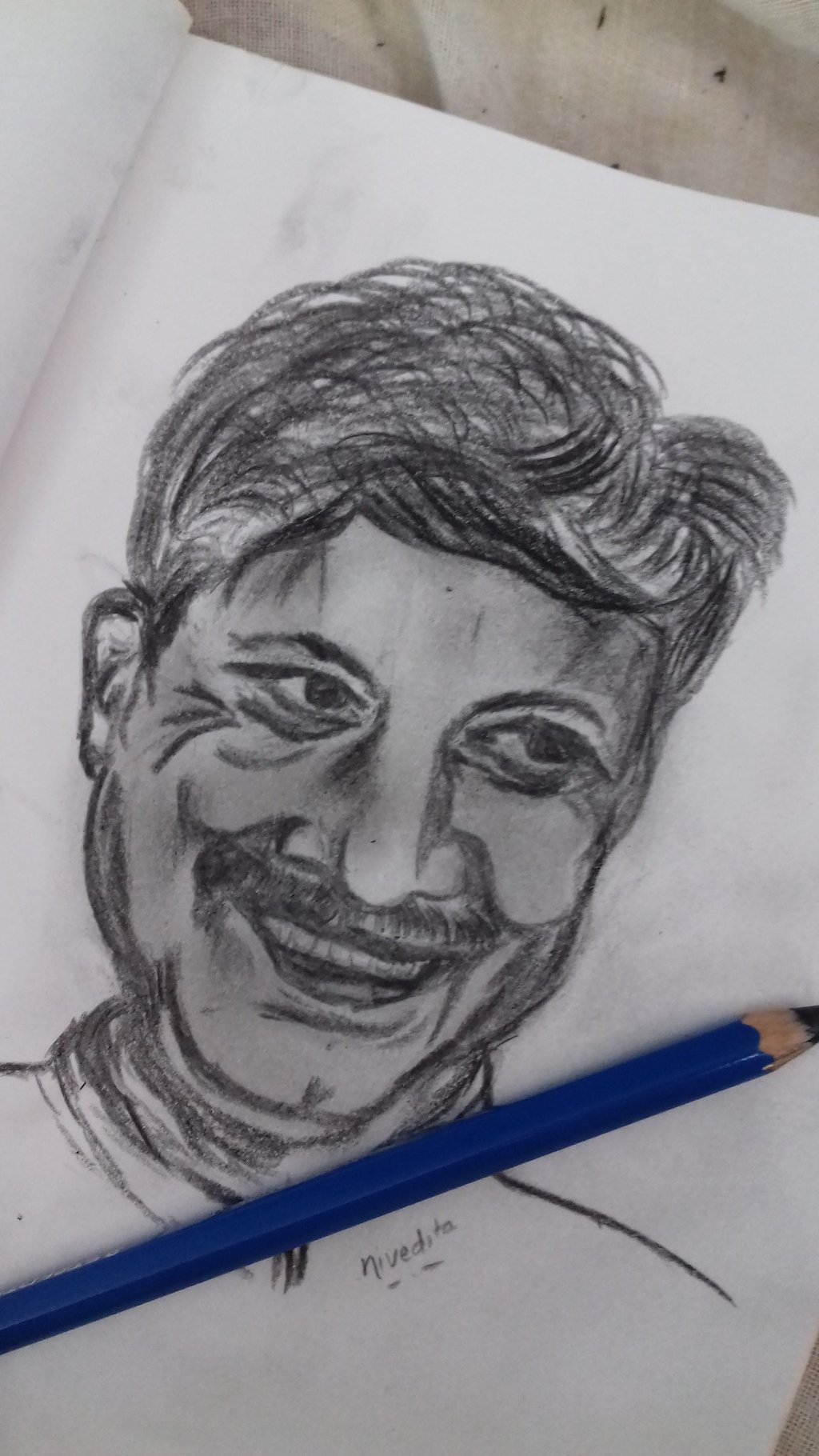 He was in forefront in the India Against Corruption (IAC) movement and part of the National Executive of the AAP. He quit the party last November, disagreeing with the compromises that the party was making. His tremendous courage of conviction makes him always take the right path.

Influenced by Gandhiji’s “India lives in its villages”, he has undertaken nation building task by rural transformation. He has selected a cluster of 15 villages in Beed district in Marathawada, known for the highest number of farmer suicides, where he and his team are working on 360 degrees development to create a ‘model’ that could be replicated across the nation. 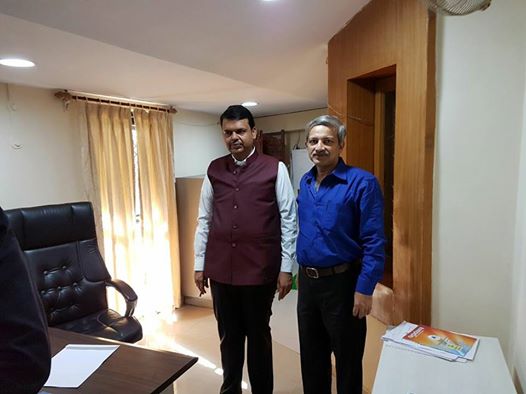 His contribution in making of the law, Right to Information Bill (RTI), some important Urban Development laws as well as the Nagar Raj Bill  is  immense.

Everyone knows him as a worker and social activist but very few are aware of his writing skills. He is writer and a avid blogger and his blog on spirituality (Karma) is worth reading. He can be reached at mayankgandhi.in

Q1.       Tell me what kind of person Mayank is when not surrounded by people and crowd, being himself amidst his own set of people ?

99% of the time, I am non-serious. Cracking jokes.pulling legs and bantering is what I like to do when I am with family or few very close friends. When completely alone, I like to effortlessly focus on my breath and allow thoughts to come, flit and be replaced.

Q2.       What made you venture into social service and politics and moving out of politics ?

Am generally a very responsible person. When I realized that most people in public life were working for self, I felt that it is my responsibility to do whatever I can to improve the lives of the people.To try and make life easier for them. Also it is nature that once I get convinced of the right path, then there is no issue in making whatever sacrifice necessary including quitting my job and comfort zone.

I did not have any interest in being a politician. But when we planned to create a party with a new political culture of accountability, transparency, participation, integrity etc, I was willing and did all that I could. After the Delhi Assembly victory, I realized that the party had begun compromising with its core principles for power. So, I quit the party and politics.

Q3.       How is Mayank different from other Social Activities and how does he think he will bring along change in the Society ?

Most social workers work for satisfaction and personal . I do not take up any activity for giving myself pleasure or satisfaction. I work to transform my nation, and I leave the results and outcome to HIM. It is the Divine that is giving me the great opportunity to work for the people and whatever happens -good or bad, is due to him. I think that there will be a model created in the villages that can be replicated across the country. 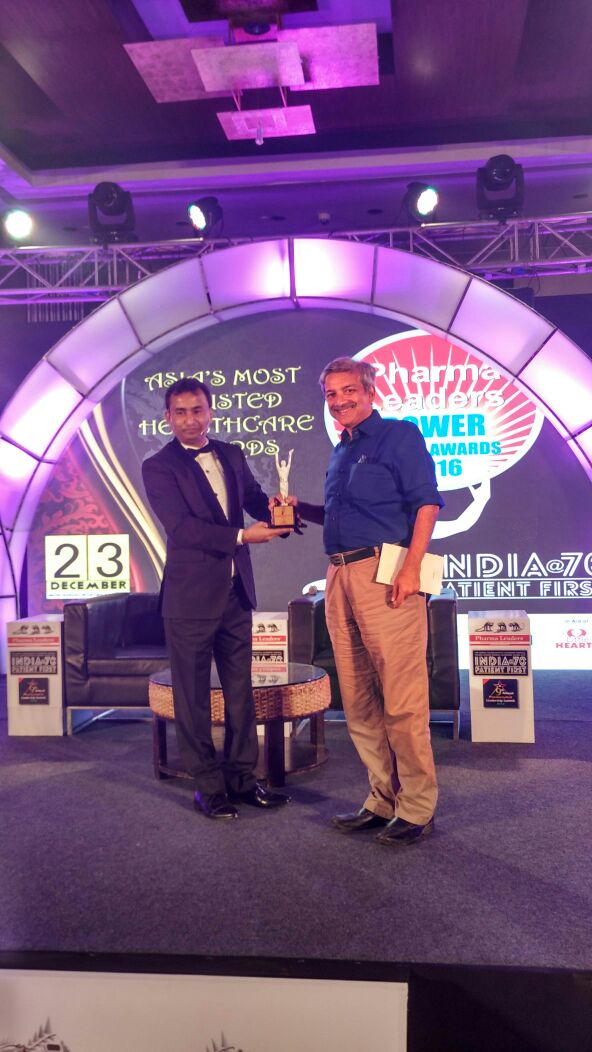 Due to the rise in consciousness and fearlessness in the national psyche, Indians will keep on asking for more and more from its leaders. Technology will also play a major role in transparency and accountability. I see India growing fast due to their affinity for technology. In the next 15 years, India will not just be a prosperous nation, but one which will adopt sustainable practices.

After 3 years of work in the 15 villages that I am working in, we will create an institutional framework. After 3 years, I will be travelling across the country in various states and clusters of villages trying to create 360 degree development. 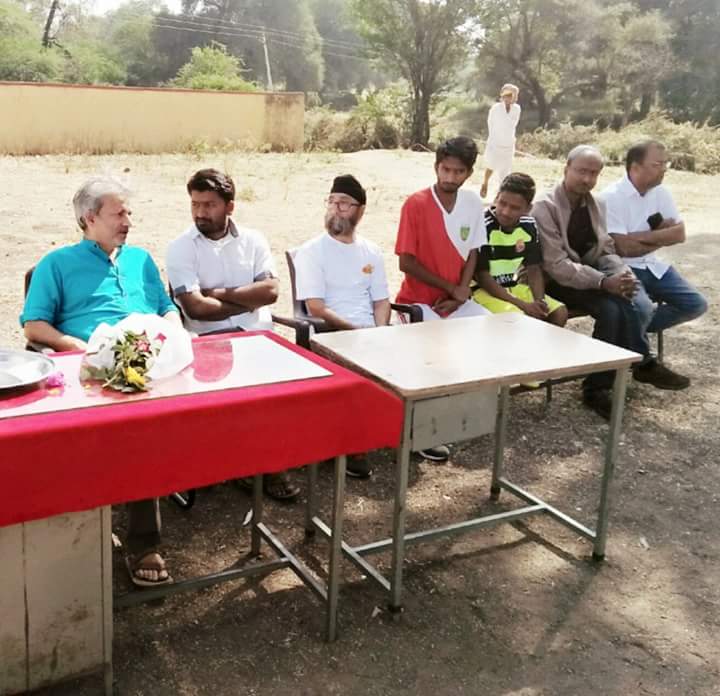 Blogging like Social media is a vehicle or platform to convey ideas and amplify one’s views. Writing and getting feedback allowed me to fine-tune and clarify a lot of vague concepts and ideas.

Q6.       How can Karma can be used as a instrument in achieving desired destiny in life ?

We are instruments of karma. Like a dog walking under a bullock cart may feel that he is pulling the cart, we sometime think that we are using karma to achieve destiny. The best option is to just go with the flow, try and understand that life is just a game or a drama in which we are the actors of a pre-written script. That will enable us to realise that we should not take life nor oneself too seriously. 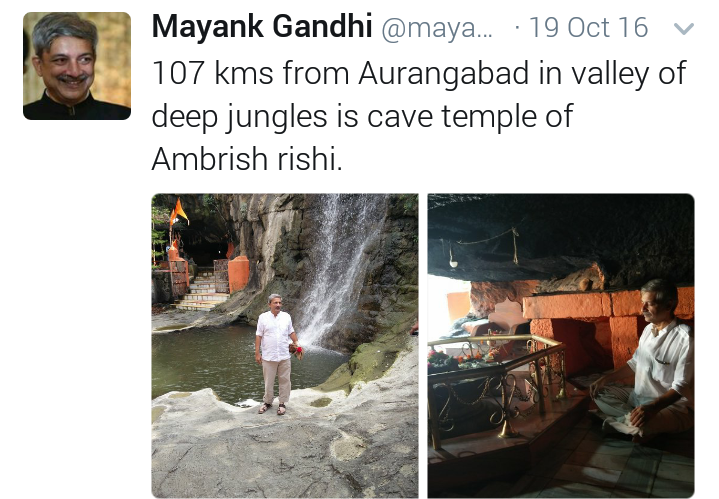 Have been blogging since beginning of 2010

Oh, its one of the vehicle of transporting my thoughts to the world. Nothing beyond that.

Q10.   What according to you is the difference between Blogging and Social Activity ?

Blogging is long lasting, one can take a detailed stand using blogging. In twitter one has a sense of immediacy and quick dissemination. FB is the midpoint between twitter and blogs. Lots more can be used, but it is transitory and reaches a far smaller audience.So, each instrument of dissemination has its pro and cons.

Q11.    Have you ever felt that good work was wrongly projected ?

Yes, many times positive work is wrongly projected. Sometimes, very little work gets disproportionate attention and positivity. That is all part of the game. It should be taken in stride and one must continue doing what one feels is correct.

Q12.   When you face hurdles in your social work to the extent of disappointment, does blogging help motivate you ?

Not really. Blogging neither motivate nor de-motivate you. Its just a tool to reach out and achieve your purpose.

Dream: Allow the Divine Energy to flow through me and flow with the same. Surrender oneself to the larger purpose.

Writing is: A process of clarification and a vehicle to reach out and influence.

India: There is a huge gap between potential and performance. Hope it performs as per its potential. 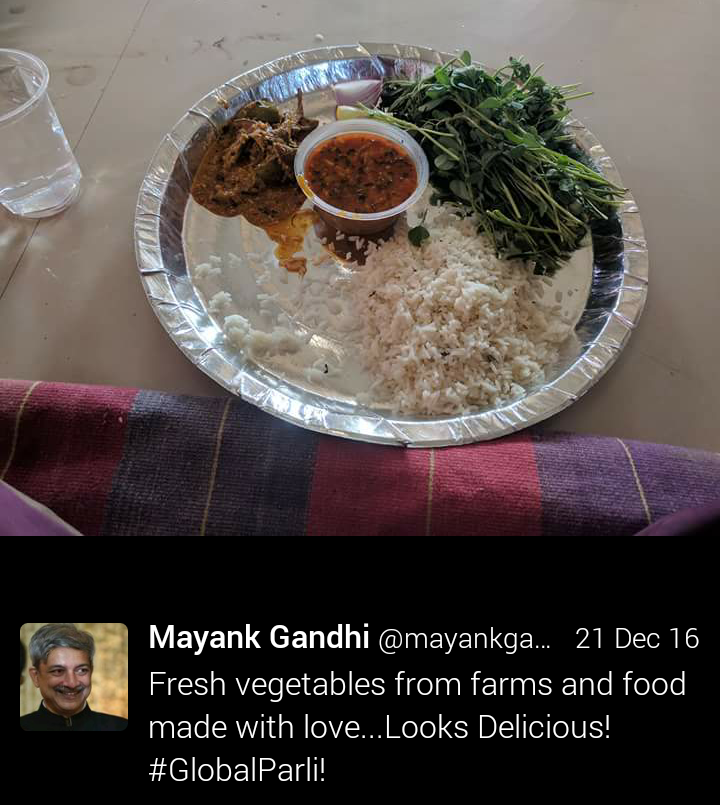